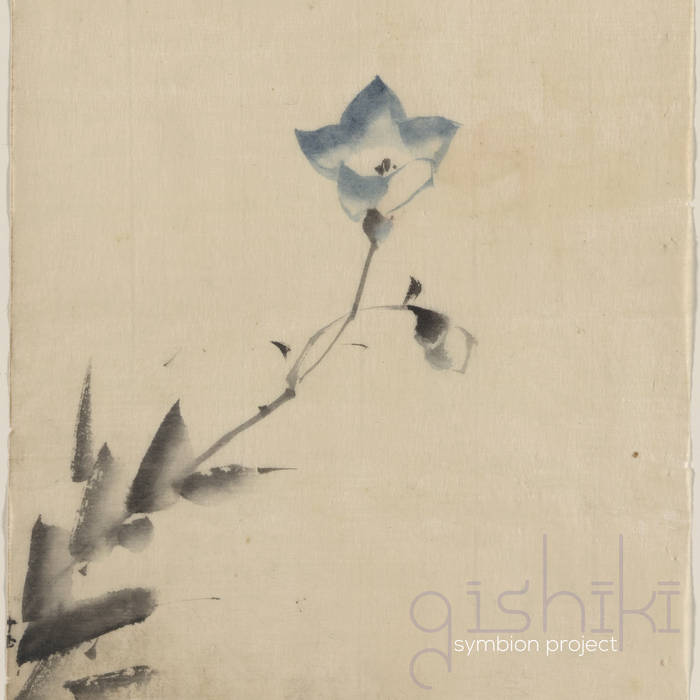 Alan Dougans Just an amazing album that should, as Kasson says, be listened to and involved in. I would also strongly recommend you read his background discussion on the album. An album in all the true meaning like this gives me hope in a world where music has become disposable and lost its meaning. This is stunning. Favorite track: 誠 Makoto (Integrity).

Trace Reddell What an amazing new album! The Symbion Project has proven adept at shifting sensibilities and engaging new ways of making and presenting sounds that are always compelling. But this album is outstanding, and perhaps the greatest in the Symbion Project catalog. Favorite track right now is "誠 Makoto (Integrity)," but as beautiful as they all are, and as important as the whole album's flow is, this is somewhat an arbitrary choice. Favorite track: 誠 Makoto (Integrity).

Tuukka Junnikkala Finally some Symbion Project to accompany my gong fu tea sessions. Contemplative, intense, all-enveloping – deep and complex like a masterfully crafted artisan tea. A merging of technology and tradition, old and new, electronic and acoustic, human and machine, man and nature. This is music you can immerse yourself in, forget yourself and become one with the universe.

This album is dedicated in loving memory of Roger & Val Morash.

GISHIKI is the newest album which completes a trilogy of “classical synthesizer” albums started with Wound Up by God or the Devil (2007) & Contrapasso (2011). Inspired by the 8 virtues of Bushido (code of the Samurai) and minimalist traditional Japanese music, Gishiki blends vintage synthesizers, Koto, and windchimes to create lush, cinematic soundscapes. If the novel Neuromancer had a soundtrack, Gishiki would be it.

I'd like to spend a moment talking about Gishiki and the album's inception and meaning. Gishiki (儀式) means ritual or ceremony in Japanese and I chose this specific word carefully and deliberately as I wanted to create an album that helps rebuild a ritual and connection with the music we listen to. I've become increasingly frustrated with how music has been de-prioritized as an artform, with its use in our lives as background material for jogging, driving, doing dishes, what-have-you ~ basically, we just don’t sit, relax and focus, and allow the music to take us on a journey, to a new place, to a new state of mind. We don’t give it time to breathe or engage us on new levels. We still go see live performances of music of course, which is great, but seem to focus more on the spectacle through the screens of our phones. There are no galleries for music, where we can momentarily tune out the world, and focus on the art itself, presented in a clean deliberate manner with the world temporarily suspended. Personally, I’ve been reinvigorated by listening to vinyl, not because it sounds better on that medium, but because I quite enjoy the ritual of looking at the album art, placing the record on the turntable, sitting and enjoying the music, getting up 20min or so later to flip the side and then sit back and listen some more. Sitting and listening to a record with a loved one, with a nice glass of red wine, and relaxing while your favorite music plays is one of life’s great joys for me. But creating a ritual for yourself with music can take many forms and I encourage you to find one that brings you joy and allows you to listen with intention.

Gishiki was inspired by a few aspects of Japanese culture that reinforce the ceremonial and traditional aspects that I wanted the album to encompass. I was inspired by the meticulous detail and tradition of the Japanese tea ceremony; by the book Hagakure (Way of the Samurai) that then lead me further into Bushido (code of the Samurai) and the 8 tenets of Bushido that inspired the 8 songs/haiku of Gishiki; and lastly by the concept of Hakanai 儚 which evokes the idea of something ephemeral or fleeting but which remains in our minds with traces of bittersweet joy, of melancholic loss, of lingering joy. And of course, traditional Japanese music was very influential in this album with use the use of Koto-esque sounds, wind chimes, and basing the songs on the 3 pentatonic Hirajōshi 平調子 scales.

While there is strong Japanese influence in this album, it also embraces my love of vintage synthesizers and minimalist/abstract methods of crafting mood and texture through synthesized landscapes and textural immersion. Bringing everything together is the use of western compositional Leit-Motifs or simple melodies that bind the songs and give them focus and structure.

While I hope that listening to the Gishiki album transports you to a new place, even temporarily, through listening to it via iTunes/Spotify/streaming, it’s really the limited edition version of the album that I wanted to help create a strong sense of ritual as part of the listening experience. The limited edition version comes to you wrapped and bound using the Furoshiki 風呂敷 method in custom-created fabric created by textile artists Fiona Stoltze and dyed using the ancient Shibori method.

Thank you for reading all this and thinking about how you can create your own musical rituals. お休みなさい

All songs composed, mixed, and mastered by Kasson Crooker (BMI) // Copyright and publishing owned by Speed of Dark Music (BMI)